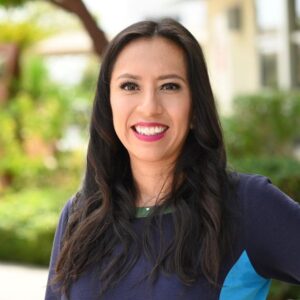 Applying For a Visa Abroad: The Pitfalls and a Silver Lining

There are some immigration cases that, by law, must be processed outside the U.S. These include tourist visa applications, certain business-based visas, fiancée visas and visas for family members who have not entered the U.S. with permission or have never been to the U.S. These types of visas are processed through consular posts or embassies in countries outside the U.S.
Consular cases are especially complicated for several reasons. First, interviews are done thousands of miles away from the U.S.; as a consequence, the applicant attends their interview alone. Curiously, even if the attorney were to fly to the U.S. embassy, they would likely not be let into the interview area. For this reason, it is critical for clients to be prepared for their interviews with all the right documents and applications in hand.

Second, when cases are denied or the post requests more evidence, the case can be delayed for some unknown amount of time. And there is no real way to rush the Department of State. Even if one were to get on a plane and knock on the door of the U.S. embassy to find out what the holdup is (which I have fantasized about doing several times), the truth is, such an effort wouldn’t make much of a difference.

Third, and most importantly, is that decisions made at consular posts are, more or less, untouchable. This means you cannot (really) appeal a denial and, save for a sliver of scenarios, you cannot sue the embassies either. This is known as the doctrine of “consular nonreviewability.”

The doctrine of “consular nonreviewability”, which even the U.S. Supreme Court has endorsed, means that an officer can deny your case, causing you to end up in a dead end, and there’s not much you can do about it. There is an exception, though. Last month, in a case called Muñoz v. Department of State, the Ninth Circuit Court of Appeals said when a consular officer’s decision touches on the constitutional rights of a U.S. citizen to live with their spouse in the U.S., due process requires that the government provide the citizen with timely and adequate notice of a denial. That is to say, the embassies are not allowed to issue boiler-plate denials with no explanation. If they do, the federal courts are allowed to “look behind” or further examine the reasons for their denials.

This is good news! In Muñoz v. Department of State, the Ninth Circuit has highlighted a formula to challenge inadequate decision-making at embassies and established that, although consular posts are insulated, their insulation is not iron-clad. If they do not give adequate notice in a reasonable timeframe, lawsuits can be used to compel the Department of State to give a U.S. citizen the due process they deserve in petitioning a loved one to come to the U.S. As most immigration lawyers will tell you, we live for the victories, however small they may be. And while this is not earth-shattering, it does provide us with another tool to help our clients get that hard-fought visa approved.